Celebrate the Epiphany with a Galette des Rois 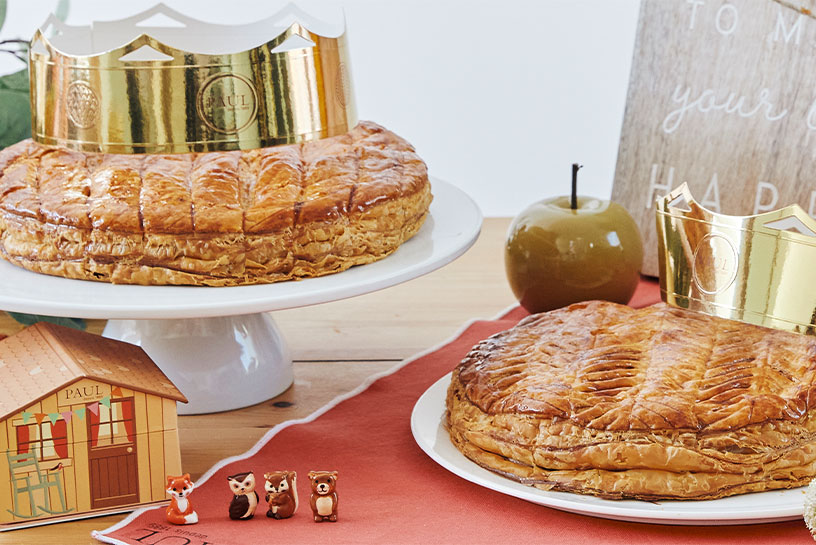 This January 6, experience an Epiphany with PAUL’s iconic Galette des Rois, aka King Cake. Associated with the Epiphany or 12th Night, the King Cake is a classically indulgent French dessert dating back 700 years.

While the traditional Galette des Rois features buttery puff pastry filled with deliciously decadent almond cream, apple and brioche variations exist as well – with each region of France having its own preferred recipe.

The History of the Galette des Rois

Traditionally, Epiphany is celebrated on January 6th, 12 days after Christmas. Beginning around the 13th or 14th century, sharing a Galette des Rois became a popular way to celebrate this occasion, with the cake signifying the arrival of the Three Wise Men in Bethlehem. However, the cake is now often eaten throughout January to coincide with various local traditions or customs, including Mardi Gras.

Interestingly, the style, flavor, and even charm ornament the Galette des Rois is known for today have evolved over the years due to both regional preferences and a historic 16th-century battle between chefs and bakers over who had the “right” to make the cake! Even the baby charm so ubiquitous now was for a long time actually a simple bean – and before that, a gold coin that, if found, would be used to signify which monk would lead each chapter. Today whoever finds the charm in their piece of Galette des Rois becomes the “King” or “Queen” for the day!

Why We Love the Frangipane Galette

Americans might be most familiar with the Louisiana take on the Galette des Rois, which involves a colorfully decorated brioche-style pastry twisted into a ring. However, the traditional Galette des Rois is a circle or oval in order to mimic the shape of a crown, hence the name meaning “Cake of Kings.” In France, the round, almond-cream-filled style known as the Frangipane Galette is the preferred choice nationwide, with every region voting for it as their favorite Galette des Rois. We concur – it’s a melt-in-your-mouth experience that perfectly rounds out any celebration!

At PAUL, we believe that food brings people together, with desserts being our favorite way to do so. And this is where the Galette des Rois shines as well. While it remains popular for its taste, meaning, and of course, the fun of finding the hidden charm, sharing a King Cake with loved ones – what we call a “galette moment” is where the joy comes in!

If you’re looking for the ultimate way to celebrate Epiphany, or simply a “galette moment” for a limited time, place your order for a PAUL Frangipane Galette made in the traditional style – and infused with the traditional French passion for good food. Each galette serves eight and comes beautifully packaged, making it the ideal choice to serve or bring along as a gift.

PAUL also offers a variety of charms alongside your cake purchase so that you can experience the joy of finding them and becoming King or Queen for the day!